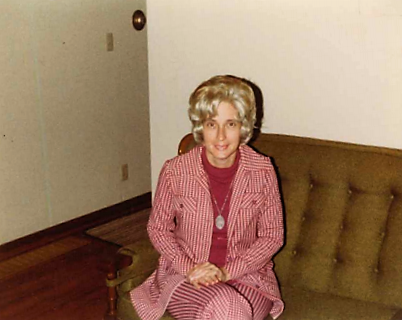 The best way to describe Barbara was that she was a character. She had a great love for Elvis Presley. In her younger years, she attended Harwood Elementary and Reitz High School. She was also a Brownie in Girl Scouts. Later in life, she was a dedicated housewife and volunteer at her son’s school, McGary Grade School.

She was preceded in death by her parents Jesse Clarence Hoyt and Beatrice Ditzer, her first husband Harvey Lloyd Taylor, and her second husband James Damron.