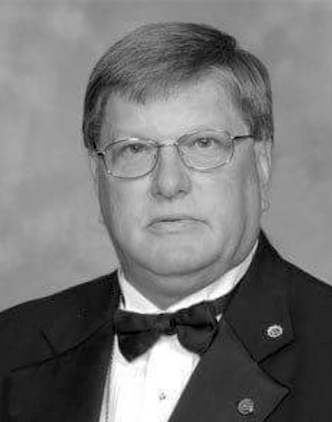 Steven is known for his love of rock and roll, his charisma, his man cave, AC/DC, Mason philanthropic work, “Pawn Stars,” fishing, beer, cooking — one whiff of his legendary burgers would have you salivating in seconds — and of course, his beloved twinkies — even if he teasingly pretended his stash of saturated cream actually belonged to his step-daughter.

Steven graduated high school at Benjamin Bosse High School in 1968. He then later took some college classes, studying music theory, before he was offered the chance of a lifetime — to join a rock and roll band. For almost a decade, Steven played guitar in a band called The Vikings, touring around the Midwest and having the time of his life — he might have mentioned once or twice that he was a bit of a ladies’ man before he settled down as a family man. But his love for music stayed with him his entire life, rocking out at gigs with his buddies and playing the guitar at family gatherings.

Steven always said that family comes first and that is why he was so devoted to his daughters, granddaughter, and his fiancé, also known as his “sweet honey.” It’s why he always brought lottery tickets and other trinkets to family gatherings and made everyone play fun games. It’s why he always would come to his daughter’s house at any second’s notice to help her with handiwork. It’s why he waited on his fiancé hand and foot when she had surgery; and it’s why he drove his step-daughter to work and back every day when she didn’t have a car.

Bush is survived by his fiancé of four and a half years, Kathryn Bryan; daughters, Allison Bush and Shanna (Bush) Kelly; step-daughters, Marisa Patwa and Breana Patwa; grandchildren, Sansa Roll; siblings, Leonard Bush, Pam (Bush) Jennings, and Chris Bush; and son-in-laws Jonathan Kelly and Alex Roll. He was preceded in death by his father, Frank Bush, his mother, Mary (Williams) Bush; and his brother, Jerry Bush.

A visitation will be held from 4:00 PM until funeral service time, 6:00 PM Thursday, June 28, 2018 at Graceland Cemetery in Valparaiso, Indiana. Expect detours with the East side of Saint George Road being closed at Hitch and Peters Road.

In lieu of flowers, memorials may be given to the Shriner’s Children’s Hospital. Anyone who donates and uses Steven’s name will receive a thank you letter from the Hadi Shriners.

Steven’s family would like to thank Heart to Heart Hospice, Dr. Sheri Ziegler with OHA and Steven’s good friend Larry Merit for their help during Steven’s last week on earth.

Steven was a good man with the biggest heart who loved life, sucking the juices out of it every second he could. He always said, “let’s have a good time.” and although his family is mourning deeply, they are grateful to know that “Big Dog” is at peace, having a good time partying it up and playing guitar with the angels up in heaven.