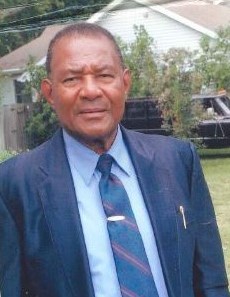 Willie was a truck driver for over 50 years. He spent 31 years working at CLM Freight Line in Indianapolis. He was a very religious man and was a member of Valparaiso Church of Christ for 7 years, Mt. Vernon Church of Christ, and Line Street Church of Christ of Mt. Vernon. He was married to his loving wife, Gloria, for 15 years. One of Willie’s favorite hobbies was fishing. He would fish anywhere there was water.

Willie was preceded in death by his first wife of 38 years, Bertha Head; his parents; his brothers Herbert Head, Bu-chanan Head, Nathaniel Head; his father-in-law Fred Cooper Sr.; and his mother-in-law Percy Cooper.

Visitation will be from 10 a.m. until time of service at 11 a.m. Friday, January 18th at Line Street Church of Christ 756 Line Street Valparaiso, IN 47713. Tributes can be made at www.sunsetevansville.com.

No Photos and Videos
Previous Elizabeth White
Next Charlene Mosley